The AXO-Suit is an assistive mechanical skeleton which give freedom of mobility to older adults and people with reduced mobility.

“This means very much to us now when we are developing a consumer product of AXO-Suit which will be accessible to everyone,” says Sajid Rafique, researcher in robotics at the University of Gävle. 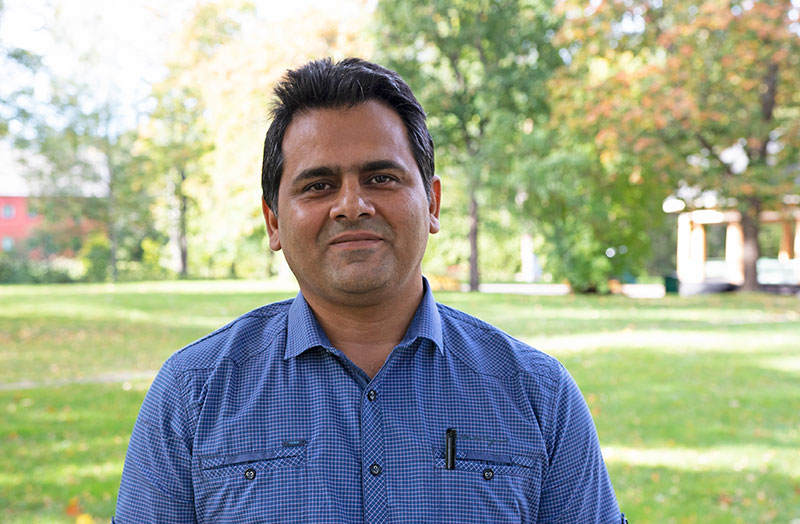 This cutting-edge research from the University of Gävle was in March 2020 singled out as the “Project of the month” by EU for its potential to improve the quality of life for older adults and people with disabilities.

AXO-Suit is an assistive mechanical skeleton which is attached to the lower part of the body to give freedom of mobility to older adults and people with reduced mobility. It has been developed at the University of Gävle for a period of three years.

“At the present time, we are developing a consumer product which is thinner and smoother, and which will be offered at a prize that everyone can afford,” says Sajid Rafique. 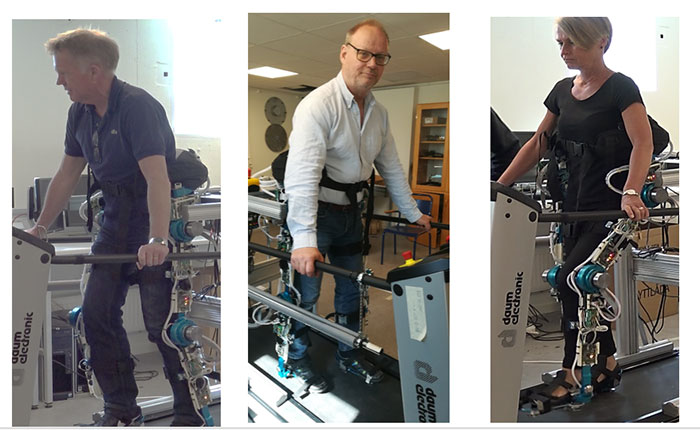 The most-read article in Journal of advanced robotics in 2019

The article written by the two researchers’ the University of Gävle was published in International journal of advanced robotics systems and became the prestigious journal’s most down-loaded article in 2019.

“Researchers from Australia to USA, from all the major countries, read and cite our research. It means that the University of Gävle is recognised all over the world and it also brings exciting collaborations,” says Sajid Rafique.

One of the major challenges today is that the elderly is fast becoming a proportionally larger part of the world’s population. This in turn means that the pressure on, as well as the costs for, healthcare is growing. According to UN and European population statistics, by 2050, the population of the elderly people over the age of 60 years will nearly be double than the current value.

“Many companies have contacted us because already at the age between 40 and 50, the arms and knees of their employees are worn out by work involving repetitive lifting task, a fact which costs the companies hundreds of millions of SEK every year.

AXO-Suit has been developed at the University of Gävle for three years. An assistive mechanical skeleton is attached to the lower part of the body to give freedom of mobility to older adults and people with reduced mobility. The University of Gävle leads the development and the ultimate goal is to assist the elderly so they can remain independent and active as long as possible.

Sajid Rafique, researcher in robotics at the University of Gävle
Phone: 073-636 88 06
Email: sajid.rafique@hig.se

Magnus Isaksson, professor in electronics at the University of Gävle