Too much money causes problems. The most important thing is to be kind to other people. These are some of children’s thought-worlds which researcher Jari Ristiniemi, professor of religious studies, has investigated. 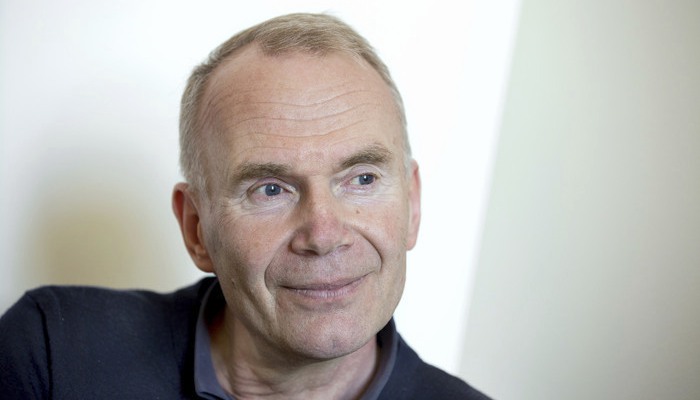 He is essentially a philosopher of religion whose work has often focused on ethical issues in this field.

– I have always been interested in examining what sort of thoughts and reflections people have about society and the situation we live in. I ask myself: What existential and ethical questions do we have in our lives?

Many things are decided in our childhood

A holistic approach, holism, is important to Ristiniemi and that has led him to think about where everything starts.

– Many things in our lives are decided on the basis of our childhood, from our preschool years and the first few years at school. That is where you get influences from your surroundings. So the basic question has been: What happens to children between the age of 4 and 8 years and what sort of questions and thoughts do they have? says Jari Ristiniemi.

Children create their own thoughts

As a member of a group of researchers from Sweden and Germany, he has immersed himself in children's thought-worlds and their reflections on life, the soul and what happens after death.

– Our findings are very interesting. Of course, children are strongly influenced by their surroundings, society, family and friends. But they do in fact have their own thoughts, values and ideas about life, the soul and the afterlife. They create their own thoughts about life and what is important.

The research has also shown that children think some values are more important than others.

– For example, money is not the most important thing; on the contrary, it can cause problems. Some of the children said: There are kind, rich people but there are also nasty people who have a lot of money. They only think about money and not about other people.

What things are important for children according to your results?

– For children, it is important to think about other people, to be kind and considerate. They think that freedom is important and that you mustn’t bully or push other people down. The core finding is that children have their own thoughts and ideas. Moreover, they have value differentiation as regards what they think is important, says Jari Ristiniemi.

Read a book and watched a film

In the studies, the researchers interacted with children aged from about 4 to 8 years. They watched part of the film “The Boy with the Golden Pants” and then talked about money and values. They also read extracts from the book “The Brothers Lionheart” and then asked questions about life and death.

– The naturalistic view of death is that when you die, it's all over. Children hold that view too. But they also think that when you die, you go up to heaven. One five-year-old boy at preschool said: When I die, I will go to a place where everything is possible and I can conjure up whatever I want. That is interesting because it's about seeing opportunities. Some mentioned reincarnation, that when you die, you move on and are born again, says Jari Ristiniemi.

"Children need their own space"

He emphasises that there has always been a fundamental conception in philosophy of religion that you cannot ask people direct questions about death because they are such difficult questions. Instead, these issues can be approached through, for example, film, theatre or literature in an indirect way.

– Research shows that children at preschool must have access to their own physical and mental space, precisely because they have their own thoughts. In my opinion, teaching should be based on this, even at preschool and primary school level. Curricula and programme syllabi state that we are to take an individual’s personal development into account but in Sweden, children's thoughts are strictly controlled, even at preschool level and all the way up to doctoral studies. We need to give more space to individuality. It's about accepting that people have their own thoughts and ideas and this must be accommodated and allowed for at preschool and school as well, says Jari Ristiniemi.