Professor: We have discovered the secret behind the spread of COVID-19 in the United States

“Our discovery enables us to detect patterns that conventional methods fail to detect, for example the effect of different measures to limit the spread of the infection,” says Bin Jiang, professor of built environment at University of Gävle. 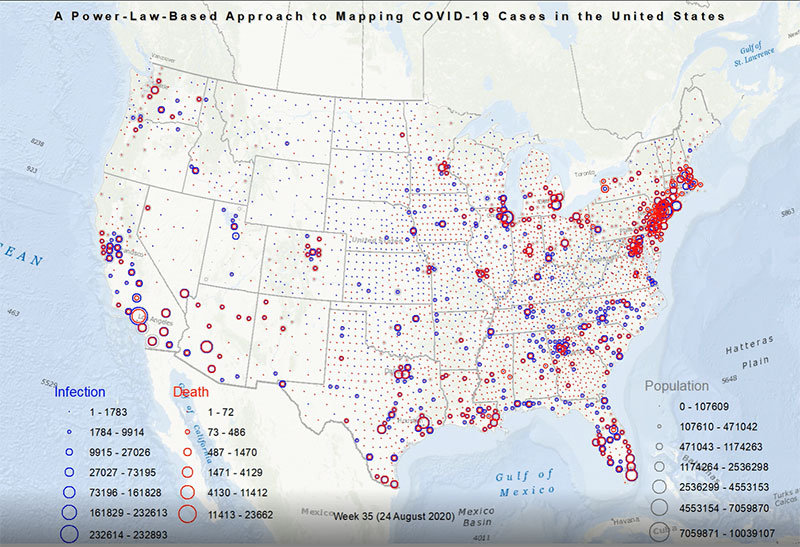 The new coronavirus COVID-19 has spread rapidly around the world and has triggered an unprecedented pandemic since January 2020. 135 million people worldwide have been infected, resulting in nearly three million deaths. Therefore, numerous scientists, such as geographers, cartographers and epidemiologists, strive for a better understanding of its spread mechanisms.

By analyzing data originally collected by Johns Hopkins University, Bin Jiang and his team discovered that COVID-19 cases in the United States over time follow a power-law based growth pattern regarding population, infection, and death.

“The great harm of COVID -19 lies in its enormous spread and to understand the spread we have to look at the underlying population or the geographical distribution of people,” Bin Jiang says.

“We see patterns early on that conventional methods fail to detect”

“Taking this power law as our starting point makes it possible for us to detect patterns at an early stage that conventional methods fail to detect, because observations are usually made at a later stage when a complex system is fully developed in those methods.”

Thus, the spread of COVID -19 is shaped with an incredible force by the underlying population patterns, and in densely populated states or counties, more people tend to be affected or die.

“Although this may seem obvious, deviations from this overall trend help us to determine the effect of lockdowns and other infection control measures at the local level.”

“Thus, we can show that without the restrictive measures, the situation would be much more devastating and it also opens up a new way of mapping geographical phenomena,” Bin Jiang says.