EksoVests, a type of exoskeletons, can reduce muscle strain by 60 percent for workers in the industrial, the logistics and the construction sectors, according to a new study from University of Gävle.

“In these sectors, workers suffer from various injuries and sick leave rates are high, and these are real problems. Exoskeletons could be an important part of the solution if they are used more,” says Sajid Rafique, a researcher in robotics at University of Gävle. 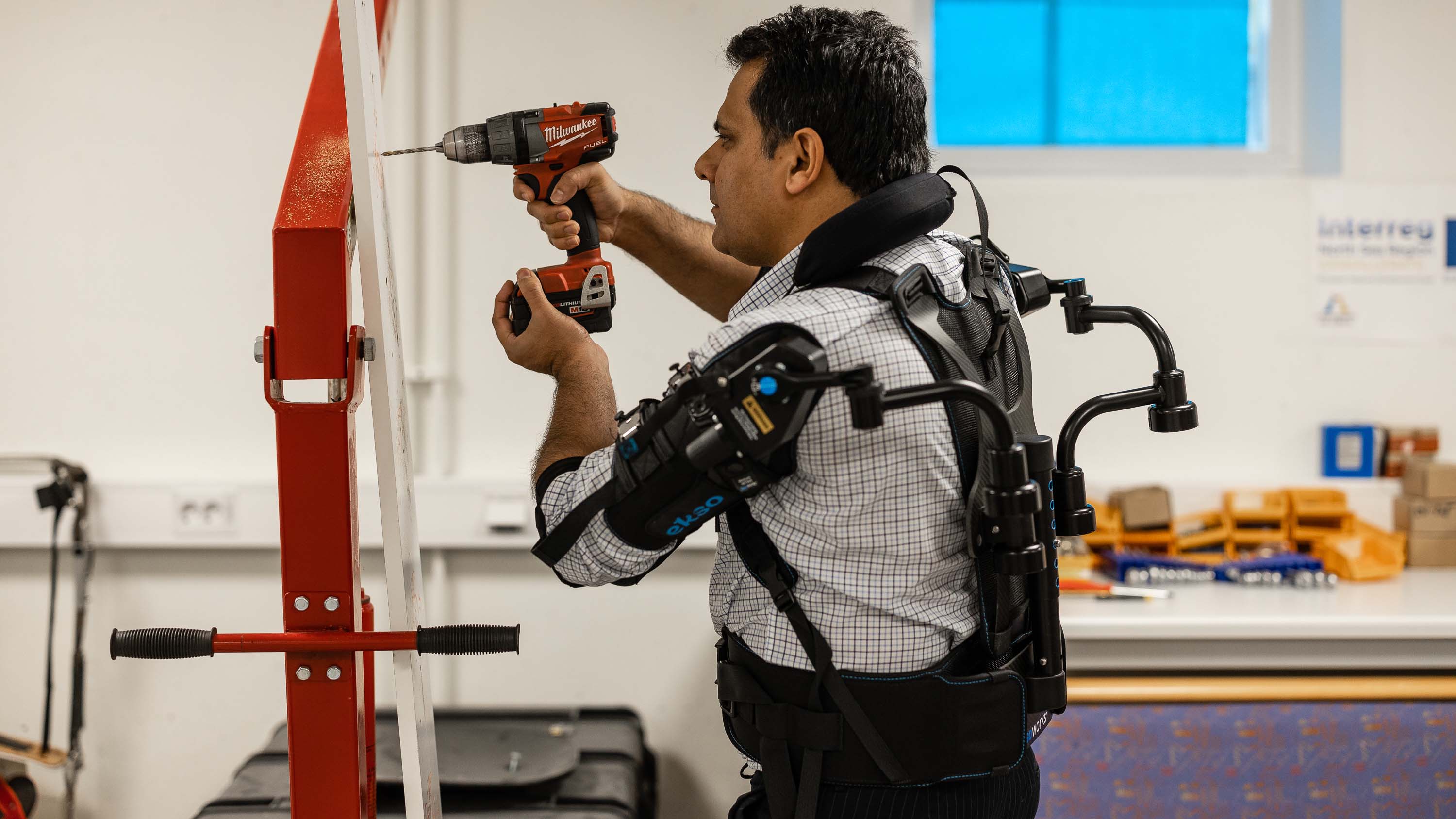 An exoskeleton can be described as an extra, intelligent skeleton that is attached to the outside of the body via a suit. This type of robotic suit gives extra strength and endurance to the wearer. While it may sound like science fiction, the fact is that the technology already exists and is being used, for example in car assembly. The result is that sickness absenteeism is reduced and productivity increases.

“The technology has the potential to improve the lives of many workers; they can benefit from having their workload reduced very much and from feeling less tired on returning home from work. In addition, the burden on healthcare can be reduced, as the risk of injury and wear and tear is significantly lower when using exoskeletons for assembly work," says Sajid Rafique, a robotics researcher at University of Gävle.

Research on exoskeletons has been conducted at University of Gävle for many years. In a recent study, 25 subjects tested the EksoVest, a type of exoskeleton for the upper body, while performing various drilling tasks. By using sensors, the researchers were able to measure muscle effort, which was reduced by up to 60 percent when the subjects were wearing EksoVests.

Previous studies show that when EksoVests are used, sick leave is reduced. Statistics from the US car manufacturer Ford show that sick leave was reduced by 85% when workers wore EksoVests.

- The potential is particularly high in manufacturing, for example, where tasks are heavy and repetitive, and where robots are too expensive or impossible to use. An EksoVest costs between €4,000 and €5,000. It's not very expensive because the benefits are so great in terms of both health and productivity," Sajid Rafique says.

Rafique believes that in 20 years’ time, most people working in manufacturing and assembly will be using some form of exoskeleton.

“There is some room for improvement. For example, the weight could be lower, and they could be easier to adjust to fit each individual. But the potential for companies to use exoskeletons is great, and I believe that insurance companies will make their use mandatory in the future because exoskeletons reduce the risk of injury among workers so much," Sajid Rafique says.