The Mauritian who got the chance and became a researcher

From a poor upbringing in a former slave colony to a PhD and a senior lectureship in Social Work at the University of Gävle. Komal Singh Rambaree has made both a social and a cultural journey that has contributed to his passionate interest in breaking new ground and researching social work from an environmental perspective. 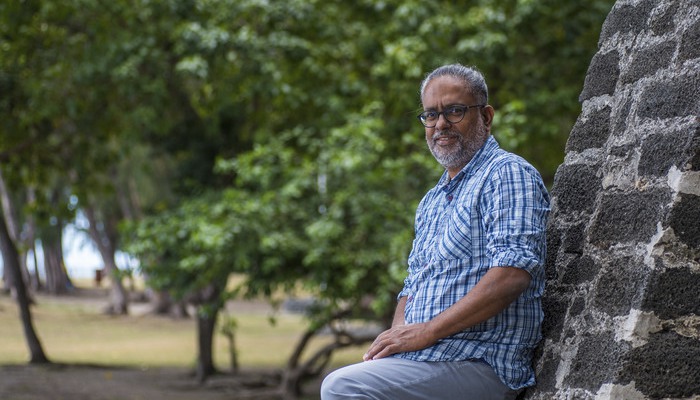 When you hear Mauritius mentioned, your thoughts are likely to wander to miles-long beaches of white sand, swaying palm trees and rippling turquoise seas. But the island has not always been the thriving, economically stable paradise that it is today. When Komal Singh Rambaree was growing up in Mauritius in the 1970s, the island had only recently become an independent country after many years of colonial rule.

– When I was growing up, Mauritius was still a poor country with a lot of misery, just like many other countries in Africa. My grandparents were brown-skinned, and the colonisation and slave labour continued into their lifetimes. They and my own parents never got the chance to get an education, and no one even dared dream that one day I would get a PhD.

Collaboration with a university in Mauritius

I am talking to Komal Singh Rambaree in English via Zoom, as he is currently in Mauritius as part of a teacher exchange programme. The University of Gävle recently started collaborating with a university in Mauritius through a Linnaeus Palme project.

– I’ve worked in international organisations and also studied in England. Then I thought it might be good to also have a connection to the country where I was born. So now we have a teacher exchange, where the idea is that teachers from the University of Gävle will come and teach social work here and teachers from here will go to Gävle and teach. The collaboration also includes the opportunity for exchange for students who want to spend part of their education studying here, says Komal Singh Rambaree.

He studied at a university in Manchester, England. After receiving a scholarship from the British government, he conducted research in the field of criminality and criminal law. After completing his master’s degree, he chose to continue his studies. His PhD thesis focussed on “Internet sexuality and child protection”. It examined online sexual contact and what social safety nets there are for children in these contexts.

During a period in Mauritius, Komal Singh Rambaree met his wife, who was from Sweden. He moved to Sweden and had the opportunity to research issues related to sexuality at Karolinska Institutet while his wife worked on her getting her doctorate from Stockholm University.

– I wanted to continue researching the subject in which I had a PhD. But I found it difficult to make a breakthrough in this area here in Sweden. I didn’t speak the language, the context was new, and issues related to child protection are a very sensitive topic, as are sexuality issues. So I had to change my focus and my research strategy a little bit. 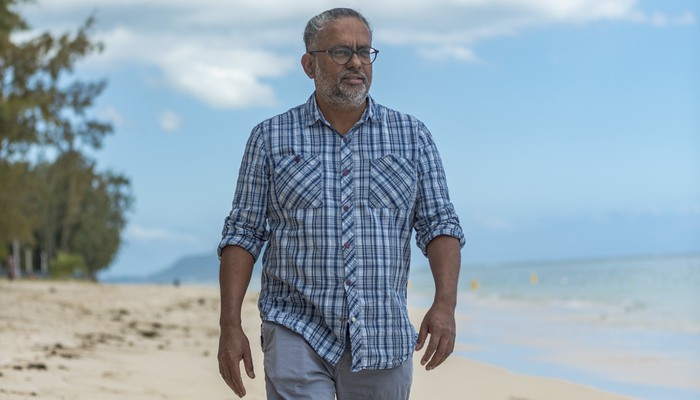 Immediately prior to moving to Sweden, Komal Singh Rambaree had been working on an EU project called “Integrated Coastal Zone Management” in Mauritius, where the focus was on planning to integrate beaches and the marine environment into the work to create sustainability along the coastal areas. He was part of an interdisciplinary team in which his role was to investigate social issues. He looked at small beachfront businesses and the people who worked in them.

– Among other things, I worked with marine biologists who were divers and collected scientific evidence from under the sea, while I contributed scientific evidence from the social aspect. In doing so, we discovered links between things like coral bleaching, sea level rise, climate change and pollution and how these environmental issues affected the people in the surrounding area and their ability to make a living, says Komal Singh Rambaree.

When he started working at the University of Gävle in 2010, the goal was to continue researching in this direction while teaching in the International Bachelor’s Programme in Social Work.

– I had experience in the field and saw a growing problem. At the time, this was still a new area - social work from an environmental perspective. Social workers should be involved in what we call ‘green social work’. I received an environmental award at the University for highlighting this field and introducing a new teaching area.

He praises the University’s management for taking an innovative approach, for example by approving new courses in the field, such as “Introduction to Ecological Social Work” and “Social Work and Sustainable Development”.

– It’s part of the philosophy of social work that we must see people in their environment. You can’t tackle a problem that a person has without taking into account the environment that the person has around them. Well-established universities in the US, Canada and Australia are now trying to plan to introduce courses similar to ones that we implemented several years ago. They contact us and ask how we did it, so that feels good.

"Many people think that we’re more protected here in Europe"

Gävle’s residents recently learned the hard way that climate change, which many people previously thought mostly affected other countries, can now actually affect us here as well. The floods in August shocked and crippled the community for a period of time, and many people had their homes and possessions destroyed.

– Many people think that we’re more protected here in Europe than in other countries. But we can’t clean up our own farm and leave our neighbour’s farm dirty. Sure, it’s very important that we take care of our own farm, but we must also support and help our neighbour to achieve good conditions. The wind blows for everyone; we all share the same planet.

Komal Singh Rambaree believes that this shows that we need to set our sights higher in social work and involve a perspective that takes into account environmental aspects related to human health.

– This area has been missing in the past. The environment is of great importance for people’s well-being. After all, I come from Mauritius and know that my country is known to be a paradise island for tourists. I also know how important it is for people’s health to be able to go to the beach and enjoy life there.

As an example, he points out that here in Sweden are good at caring for new arrivals to the country. We try to give them a home and a job, but it is easy to forget the connection they have with the environment in their home countries.

– They may have been farmers, fishermen or worked in gardening and cultivation before, but here they may not be able to engage in such activities. We need to look at immigration from a more holistic perspective and involve the environmental aspect instead of just taking economic and social aspects into account.

What is your driving force as a researcher?

– Despite the circumstances into which I was born and growing up in a poor environment, I’ve managed to get ahead and achieve success. I think that’s a driving force. I get to learn new things and develop. My parents didn’t get the chance to do that, but I do.

Lives: In a row house in Strömsbro in Gävle

Reads: “I don’t have time to read, even if I wanted to! My time is spent reading about research theories and methods. For example, right now I’m reading a book about ‘post-anthropocentric social work’. I would love to read other things too and lie on the shores of Mauritius with a book, but unfortunately I don’t have time.”

Listens to: “I like music from all over the world. That’s one of the reasons I went to Manchester and chose to study there, because it’s such a vibrant and multicultural place where you can experience music from different corners of the globe.”

Interests: “I like to dive, snorkel and do stand-up paddling. I like beaches and being by the sea.”