“Women must run, hide, and give up their identity, when society fails to restrict men’s post-separation violence. This means that society is involved in making women lonely, both socially and existentially. Society’s actions or lack of actions are experienced as a continuation of the violence these women were exposed to,” says Sara Skoog Waller, PhD in psychology at University of Gävle. 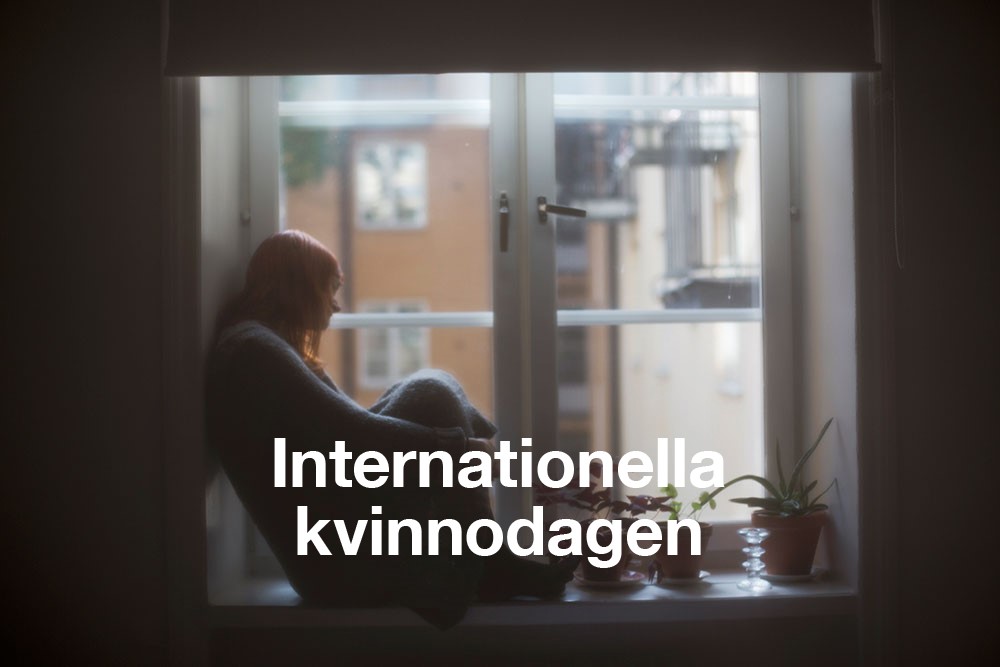 8 March is International Women’s Day and in the last nine weeks the media has reported 13 suspected cases of women being killed (Unizon) In a research project funded by the Church of Sweden, Sara Skoog Waller interviewed women from different parts of Sweden about their experiences of loneliness linked to men’s violence. The results highlight isolation and loneliness as key elements of men’s violence but also show that women’s isolation can be an effect of society’s responses to women’s stories, to their resistance, and to their attempts free themselves from violence.

Denied help in the most dangerous phase

In these women’s experience, society often contributed to the men’s efforts to maintain their power and exert post-separation violent control. Women’s attempt to make the violence visible could be met with attempts to make it invisible by their surroundings as well as by the authorities.

Moreover, women stated that when revealing that they were victims of domestic abuse when they sought care because of men's violence, healthcare workers could ignore the women’s vulnerability and allowed them to return home to the men with no advice and no follow-ups.

“As a result, the women who were approaching freedom were faced with the men’s escalating violence. The phase when women are seeking help, making social contacts, and are taking steps towards separation often mean increased danger for the women, if society and the surroundings fail to respond with support, protection, and to take measures to restrain the men’s violence.”

Colleagues, close acquaintances, and family members who noticed or learned about the men's violence, often failed to react until afterwards or did not react at all.

“Not being believed is a huge trauma, the violence I experienced is nothing compared to that,” said one of the women in the study.

Some of the women also lost their jobs because they were constantly controlled, monitored, or contacted by the man during working hours.

When there is violence in close relationships, Sara Skoog Waller believes that people in the near surroundings as well as social actors may feel reluctant to becoming involved. Regarding such violence as a conflict that two equal parties are responsible for resolving means that people abdicate their responsibility to intervene. Clearly, if the violence and the woman’s vulnerability are not acknowledged by those who can help, there is little chance of ending the dangerous situation.

Violence and abuse against women and children are not relationship problems. However, men are usually granted access to and custody of the children despite reports of violence, even when the woman and children are living in sheltered accommodation or when the man has been convicted of domestic abuse.

A recent report by the Swedish Gender Equality Agency (2022) shows that it remains unclear if, and to what extent, courts consider such violence in custody, housing, and access cases, even after the Convention on the Rights of the Child became law.

The school and the school health service prioritised neutrality

When the parents no longer lived together, many children still had to live periodically with their father or have contact with him despite his violence and failure to provide adequate care. Here, interventions from the school using a child-sensitive approach could be crucial, for example through reporting concern for a child or by providing extra support. However, in the women’s experience, the school and the school health service tended to take a parental perspective that could mean that they disregarded the children’s vulnerability and the violence they were exposed to.

“The schools justified such an approach by arguing that they needed to remain neutral and avoid interfering in the parents’ conflict. This could still be the case even when social services and the judiciary had taken protective measures on behalf of the woman and the children.”

Non-profit organisations often played an important part in reducing women’s social and existential loneliness and in helping women to cope with what could be unmanageable living conditions. In women’s shelters and victim of crime shelters, women were able to receive a compassionate response from someone they perceived as being unconstrained by a professional role when listening to their stories. This someone could validate the seriousness of the situation, show concern, and provide practical help.

“Another significant aspect is the fact that women who were given the opportunity to undergo trauma treatment said that it improved their well-being and ability to function. It was also important regarding their own perception of the violence they had experienced,” Sara Skoog Waller says.

There were examples of the crucial role that authorities and community actors can play in breaking the cycle of post-separation violence and loneliness. Good examples included near surroundings or society validating the experience of violence, making interventions that limited men’s ability to maintain their violence and giving women positive social support. However, the Swedish National Board of Health and Welfare’s investigations into women’s deaths highlight several gaps in our social safety nets and show that women killed by men often had been in contact with authorities before they were killed (2022).

“I find it unacceptable that our welfare society has not developed more effective systems to prevent men’s violence against women and protect victims of violence, even when there is knowledge of ongoing violence,” Sara Skoog Waller states.

Social loneliness. Experiences of having no one to confide in, of lacking relational ties to others or of lacking a sense of belonging with others.

Existential loneliness. Experiences of being utterly and inevitably alone, which are often triggered in crisis. It can involve the experience of not being able to share one’s innermost thoughts or feelings with anyone else and the feeling that no one else is listening or able to understand.

Post-separation violence. Violence that continues after the woman has left the relationship. It can include different types of violence, such as physical, financial, and material abuse. Harassment, threats, stalking, slander, spreading rumors or sabotaging the woman's social relationships, manipulating authorities and people in the woman’s surroundings are other common elements.