Sanaya Singh: "I have social work in my blood"

As a 17-year-old, she moved from Mumbai to Gävle to become a sociologist. A few years later, she works as a sociologist and assistant professor in social work at the University of Gävle. During her parental leave, she goes to India and gets caught in the middle of a corona pandemic. Now she has been involved in writing a chapter in a book about the work of starting an aid organization for the poor during the corona pandemic. "I am a second-generation sociologist, helping others is in my blood", says Sanaya Singh.

Sanaya was raised in Mumbai, her mother worked as a professor of social work at the university of Mumbai. She was often accompanied to the University, and on field visits, where she learned how difficult life is for the very poorest in India. This shaped her at a young age, and a will was founded early on with the need to help people who are in difficulty.

She enjoyed herself at home with her parents and never had any explicit plans to move far, but at the same time there was always an interest in new cultures.

When she was going to choose education, and her mother hiving at times had gone to Sweden as an exchange with Stockholm University, so Sweden was not completely foreign. What country can be better than Sweden with its social welfare policy, she thought and stuck to a new education at the University of Gävle, the International Sociology program.

"The most important thing was to get knowledge that I could bring back to India to be able to help and support those who are having a hard time over there", says Sanaya Singh.

In 2008 she came to Sweden and ended up in a class with people from all over the world and as the only individual from India, she decided on learning Swedish quickly.

"I chose to live on Campus and to be part of the various activities that other students had. It was the best and most fun time during my studies."

She met her future husband during her time at the University of Gävle and was asked during her education to stay as an assistant in the education program she was studying and stayed in Sweden.

"Today I cannot understand that my parents sent me to another continent as a 17-year-old, but they trusted me and I am grateful that I got that chance", says Sanaya Singh.

Covid and the shutdown of India

In 2019, Sanaya's daughter was born, and in early 2020 she and her husband planned to spend two months together in India. They packed their bags and left, the plan was to spend time with her family, see India together and rest after their daughter's arrival.

What no one expected, and which would make the trip a completely different experience, was Covid-19.

"We ended up in a shutdown of the whole country, in one of the world's largest cities, with very large class differences. Where people don´t have a social security number, children accompany their parents when they work. Childcare is not provided for everyone, and the kids go to work, even when they work with waste management. Where you are born into the life you get", says Sanaya Singh.

There are over 1 million people in Mumbai working for a daily wage, many of the jobs require them to be out on the streets, but a curfew was introduced for everyone. And the only solution for many of the workers, who were now without income, was to leave the big cities to go home to their villages again.

At the same time, the shutdown meant that almost all opportunities for transport in the country disappeared. Those who had to leave were therefore forced to walk back to their villages.

"It could be about a hundred miles to walk, difficult enough for healthy people and parents with children, but impossible for the sick and old." 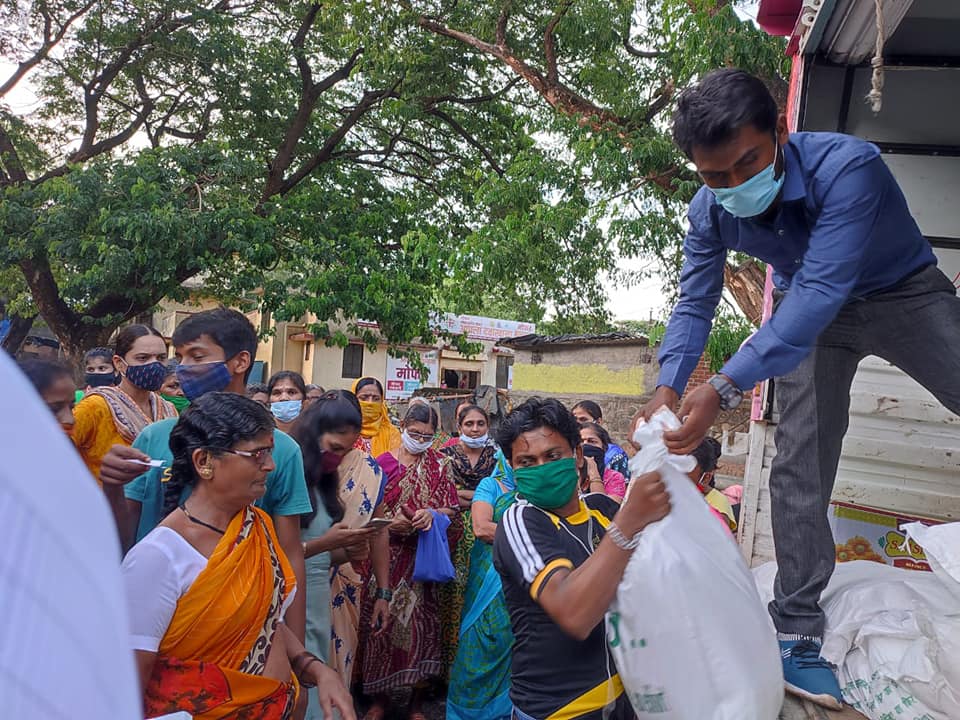 Jeevan Pravah had 2,000 - 4,000 individuals who helped people in Mumbai and Maharashtra Photo: Private

Children and women most vulnerable

The children and women are the most vulnerable in the daily life for the poor in Mumbai, and for Sanaya and her mother, it became obvious to help as much as they could. Together, they contacted 10 sociology students from the University of Mumbai to organize the project "Jeevan Pravah" (The stream of life). Sanaya contacted companies in India, local politicians, and their colleagues at the University of Gävle to get help with resources to be able to help on the spot.

The project started in March 2020 and grew to 2000 - 4000 individuals who helped people in Mumbai and Maharashtra.

"We organized transport for families, shopped for those who couldn’t go out and arranged schools and activities for the children who often need a break from taking care of their parents and households."

"We also wrote down the work that became a chapter in a book, where you can read about first-hand experiences from social workers in India during the covid closure", says Sanaya Singh. The book is called "The Coronavirus Crisis and Challenges to Social Development", and the chapter "Responses of Social Work Students and Teachers to COVID-19: Experiences from Crisis Relief in Urban Slum and Rural Communities of Maharashtra, India".

Created a school for the children and gave the women help

For most women in all societies, menstruation is taboo, but even during a shutdown, women and girls need bandages and protection. The women who walked often did not have access to clean sanitary pads and many became ill from using dirty rags.

"We made sure there were sanitary pads when we went out to help women."

The schools were closed immediately, and the children had to stay at home with their parents and often had to take care of the household. They had no contact with their friends or ways of protect themselves when abuse and violence increased as a result of the shutdown.

"Our aid organization is still active thanks to the local social workers and students who helped us start Jeevan Pravaah. We hope that it will be able to continue to help people even after covid-19. Indian society needs to do more to reform and protect the aid that already exists. We are considering going down again now after my birth, which is estimated in three weeks", says Sanaya Singh. 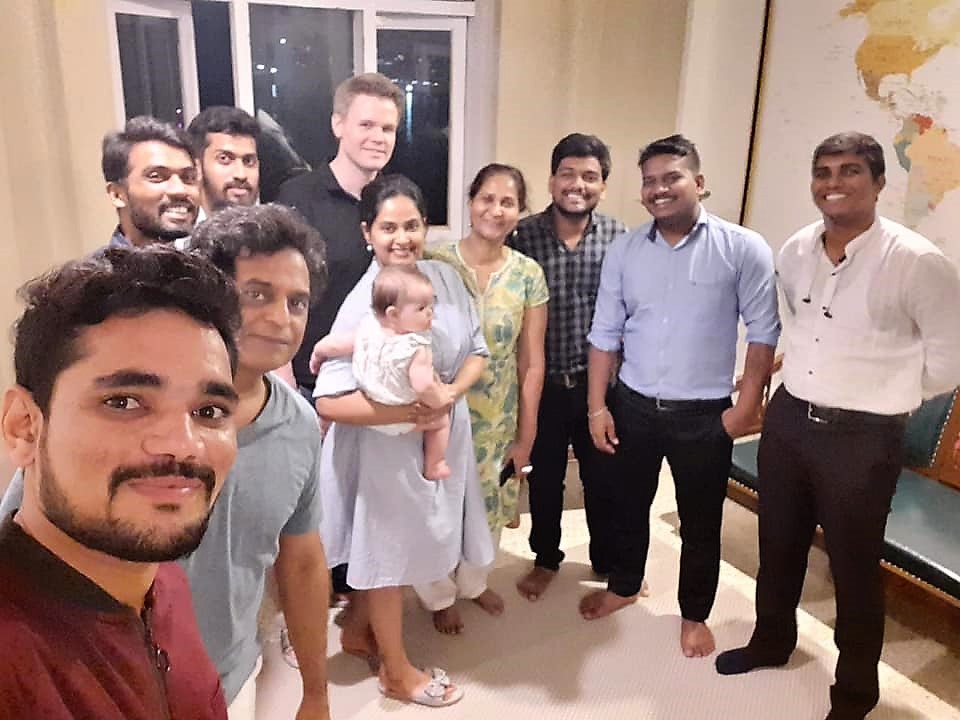 Sanaya Singh, her mother and daughter standing with some students from Mumbai University Photo: Private

Profession: Sociologist and assistant professor in social work at the University of Gävle

Lives: Comes from Mumbai, India, but has lived in Gävle for a long time with her husband, a daughter and a newborn son.

Listens to: Especially Indian music, has danced all his life and taught traditional Indian dance and Bollywood dance.

Interests: Dance, yoga where she, among other things, trains the staff at University of Gävle. Loves traveling and working with international issues. Currently working on an exchange project between the University of Gävle and Mauritius. Love to developing herself and learning new things.

This is an article written in LEVE!