The University of Gävle’s coaching education in football programme has proven to be a successful concept. A number of students have achieved great success after their studies, and several now have positions as coaches of football clubs in the Allsvenskan professional football league. 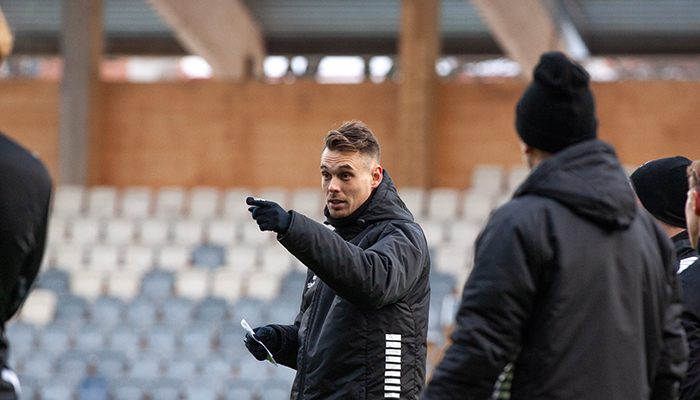 Since autumn 2012, the University of Gävle, working together with the Swedish Football Association, has been offering an education at the academic level for football coaches. The programme is aimed at those who are interested in leadership and the coaching role in football.

– I found the programme quite valuable for so many reasons. Among other things, I liked the continuity, i.e. the possibility of sitting on the “school bench” every week for a longer period to focus on learning. I also liked the variety with a mixture of theory and practice, explains Daniel Bäckström, who today has the position of head coach of the Allsvenskan football club IK Sirius.

"Important to find one’s own philosophy"

The programme at the University of Gävle consists of 30 credits and is studied as a distance learning course at a 50 percent pace of study. Mamduh Halawa has also taken the football coaching programme before and has now been named “Uppsala University’s best student 2020” during his ongoing studies at the psychology programme in Uppsala. He has been awarded a scholarship of SEK 100,000 from the Anders Wall’s Foundation.

He thinks that there were several things about the programme in Gävle that stood out in a positive way.

– Right from the start, there was a strong emphasis that it was important to find one’s own philosophy and thought about one’s own leadership. Anyone can look up in a book to find some exercises about counterattacks in football, but with the programme transforming all the knowledge in everything from physiology to tactics was something that I found to be very valuable. I also liked the high level of the guest lecturers. It was everything from Allsvenskan coaches to referees who judged at the absolute highest level, to people who worked in sports physiology at the highest level, he reports.

Needs to be structured and prepared

Several former students now have top assignments in Allsvenskan clubs. Amir Azrafshan, who has completed the programme Gävle not long ago, is now head coach at Östersunds FK.

– At an early stage in my coaching career, I understood the importance of being structured and prepared for training sessions and matches. The programme helped me think early on about how I wanted to be as a coach and a leader, he explains. 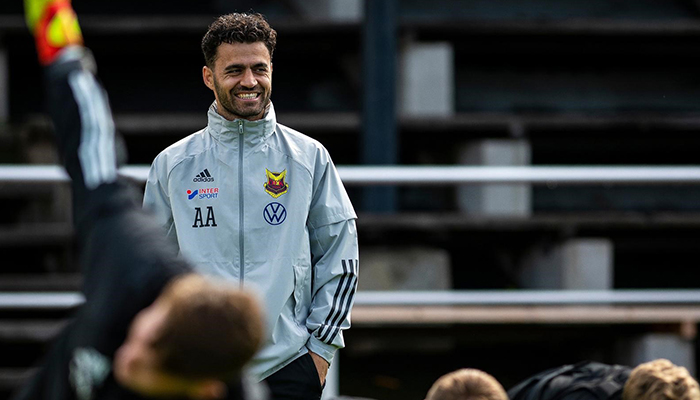 Mikael Westling Söderström, adjunct lecturer in sports and health, works as a teacher in the programme and he thinks it is excellent that the University can offer an educational programme at an academic level for football coaches.

– Partly because it involves a collaborative effort with the Swedish Football Association at the national and local levels, and partly because we as a university can contribute to the development of increased skills and expertise among football coaches. There is a tremendous amount of knowledge in the region relating to football which we can take advantage of by having talented instructors (Tore Lennartsson and Jocke Carlson) associated with the programme. It will also be a good mix for the students, as they get to meet experts both in football and in areas such as sports studies (sport specific methodology), leadership and didactics.

Daniel Bäckström believes that during the programme he laid the foundation for what he is doing now and believes in as a coach.

– One is influenced and shaped in many different ways, but I believe that a solid educational programme provides a strong platform to build on. I am also pleased that, although it has been a couple of years since I took the programme, I am still in contact with some of the classmates and instructors, he reports.