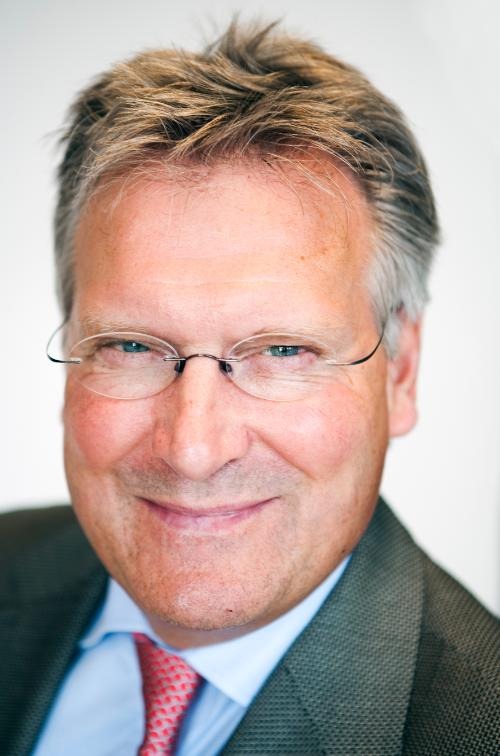 Börje Leidhammar, born 1950 in Halmstad, Sweden, took his LL.B. degree at the University of Stockholm in 1977. After completing his services as a district court clerk he was employed in 1979 as a trainee at the Stockholm Administrative Court of Appeal, and was in 1980 appointed reporting clerk. In the 1980s Börje Leidhammar had several assignments as part of his judiciary education. He completed his compulsory year at a lower court at the County Administrative Court of the county in Västmanland. During the period 1981-1983 he worked with the Swedish National Board of Trade as head of division of its business law department, supervising authorized and approved accountants.

For the period April 1983 to June 1986 the Ministry of Finance appointed Leidhammar secretary (one of two) to Skatteförenklingskommittén, the chairman of which was the former director general of the National Tax Board, Gösta Ekman, Honorary Doctor of Laws. The committee work with the Ministry of Finance resulted inter alia in a new tax assessment act and the implementation of new tax procedures, which entered into force as of tax assessment year 1991.

Leidhammar was employed with the National Tax Board as head of division from July 1, 1986 to October 1, 1996, and from 1990 as head of department. His main tasks were to represent the Government in fiscal proceedings before general administration courts and to act as head of the procedural unit of the National Tax Board for 2.5 years. In 1990 Leidhammar was appointed associate judge of the Stockholm Administrative Court of Appeal.

Simultaneously with his work at the National Tax Board, Leidhammar pursued research studies at the University of Stockholm. In October 1995 made his doctoral dissertation on the subject fiscal law. The title of his doctor´s thesis is “Bevisprövning i taxeringsmål" (“Examination of evidence in tax assessment proceedings"). Börje Leidhammar was employed by Ernst & Young AB since October 1, 1996 as an expert on fiscal proceedings, and became a partner on July 1, 1999. He was responsible for a group of experts on fiscal proceedings formed by him. The group consists of Leidhammar and another three tax lawyers, who are well experienced in fiscal proceedings and issues concerning tax procedures from previous employments with tax authorities, courts and law firms. In spring 1998 Leidhammar was assigned by the Ministry of Finance to take part in a study visit to the Russian Ministry of Finance in Moscow, where he presented the Swedish tax procedure in the presence of inter alia the Swedish and Russian Ministers of Finance.

Börje Leidhammar was on March 1, 2000 appointed part-time adjunct professor of urisprudence at the University of Karlstad. Since July 1, 2000 Leidhammar was head of Corporate Tax Services in business area Tax/Law at Ernst & Young AB.

Since November 1, 2006 Leidhammar became a partner at Wistrand (law firm, main office located in Stockholm). He is responsible for several large accounts dealing with different tax matters and disputes in the Tax Agency and administrative courts. Leidhammar is a frequently lecturer at seminars arranged by inter alia the National Judiciary Administration and Norstedts. He is since several years regularly publishing articles on issues concerning tax procedural issues in the specialist magazines Skattenytt and Svensk Skattetidning. Leidhammar has, formally for several years, been a member of the editorial committee of SkatteNytt and present of the tax committee of the Stockholm Chamber of Commerce.

Leidhammar has published a number of books in his field of business, among others "Skatteförfarandet", a comprehensive statutory commentary, for which he is responsible together with Karin Almgren, Supreme Administrative Court Justice. Since February 8, 2011, Leidhammar is elected as chairman of the Institute for fiscal and legal security. The institute consists of members from different fields in the society, such
as courts, tax authority, lawyers and universities. Leidhammar is also a member of European Association of Tax Law Professors. At the conference in Uppsala, June 2011, he had a duty as the one of four General Reporters on the subject Burden of Proof in the Tax Procedure.

Since January 1, 2012, Leidhammar is appointed as a part-time adjunct professor of jurisprudence at the University of Gävle. At April 27, 2012, the Swedish Government appointed Leidhammar as an expert in a governmental investigation in order to strengthen the legal security in tax procedure.