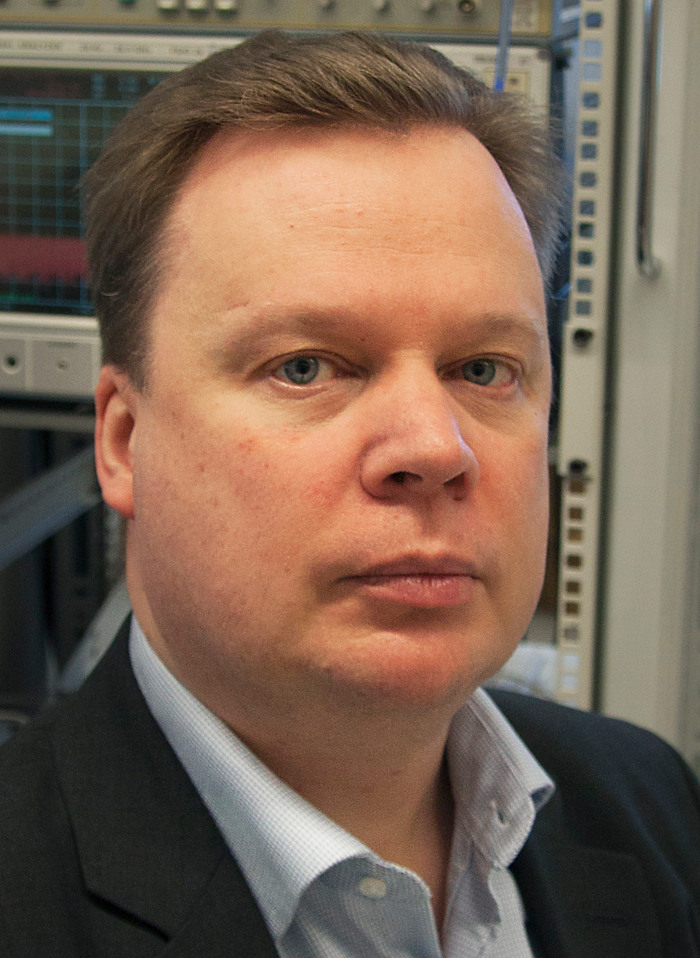 Daniel Rönnow received his MSc in Engineering Physics from Uppsala University in 1991, and his Tech Lic and PhD in solid state physics in 1994 and 1996, respectively. 1996 to 1998 he was a post doc at Max Planck Institut für Festkörperforschung, Stuttgart, Germany. Since 2000 he is an associate professor in solid state physics, also at Uppsala University. He has held several positions in industry and academic research.

He has been active in several scientific fields, such as optical instrumentation, thin film optics and elastic light scattering, semiconductor physics, radio frequency and microwave measurement techniques, system identification and linearization of nonlinear dynamic systems, and seismic sensors and signal processing. He is currently professor at University of Gävle.

His present research interests are methods for characterization of radio and microwave components, examples are phase noise and nonlinear dynamic properties, in particulare for MIMO devices and systems. He also works with linearization of microwave components with applications in tele and satellite communication and with metamaterials at microwave frequencies.