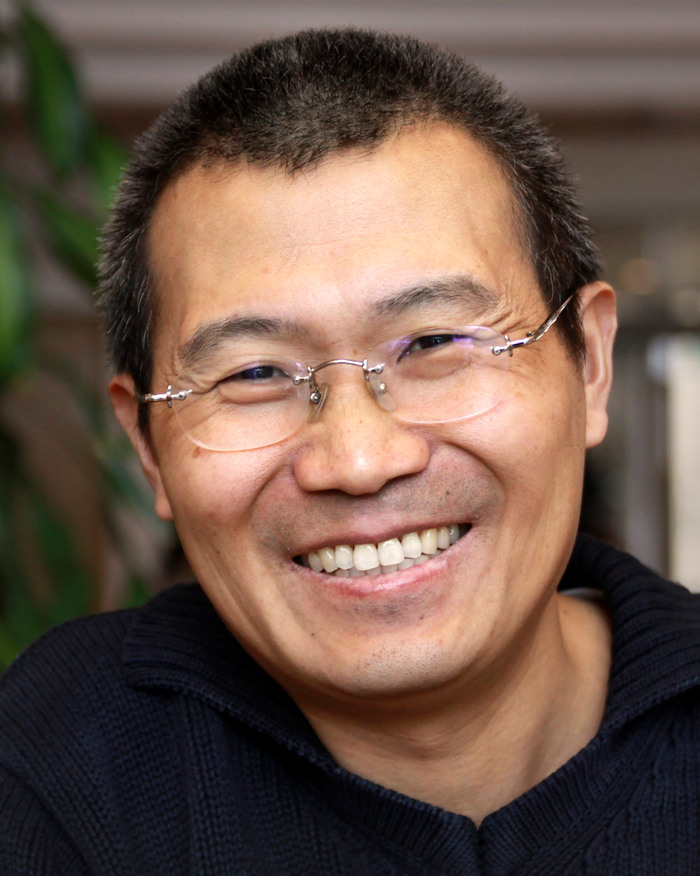 Bin Jiang is an independent-minded researcher, and have pioneered a series of novel concepts, methods and tools not only for better understanding urban structure and dynamics, but also for making and remaking the built environment towards sustainability.

Situation in the mainstream geography

He is unhappy with the situation in the mainstream geography that is too much dominated by Tobler's law or the first law of geography, which describes largely more or less similar things on one scale. He formulated scaling law out of the notion of far more small things than large ones across all scales ranging from the smallest to the largest, and argued that the Earth's surface is governed by both scaling law and Tobler's law. To characterize the scaling of far more smalls than larges, he invented a new classification scheme, namely head/tail breaks (https://en.wikipedia.org/wiki/Head/tail_Breaks). Based on the notion of far more smalls than larges, he further re-defined fractal as a set or pattern in which the scaling of far more smalls than larges recurs at least twice - the third definition of fractal. Under the new or third definition, all geographic features are considered to be fractal given the right perspective and scope.

He is unhappy with the situation in the mainstream geography that focuses too much on geometric details, e.g. data quality or uncertainty. Instead, he has been advocating and promoting a topological way of thinking - the topology of meaningful geographic features such as streets, buildings and cities, as implemented in Axwoman (http://giscience.hig.se/binjiang/axwoman/), rather than the topology of geometric primitives such as pixels, points, lines and polygons, as implemented in current GIS software tools.

Under the topological way of thinking, he conceived and developed two novel concepts: natural streets and natural cities. Both natural streets and natural cities, or the topological way of thinking in general, enable us to see the underlying scaling or fractal or living structure of geographic space. The living structure bears inherently scaling hierarchy that can be characterized by the ht-index - a head/tail breaks induced index.

As observed and demonstrated by Christopher Alexander, space is neither lifeless nor neutral, but has a capacity of being more living or less living. He developed a mathematical model of wholeness or beauty or life – beautimeter – that can help address not only why a space is beautiful but also how much beauty the space has. He argued that geography as a science of the Earth's surface has three fundamental issues to address regarding geographic space:

Both how it looks and works are governed by the scaling law and Tobler's law, whereas what it ought to be is guided by two design principles – differentiation and adaptation – in tune respectively with these two laws. His work helps bridge between conventional fractal geometry (by Benoit Mandelbrot) and living geometry (by Christopher Alexander) towards making or re-making our built environment more beautiful and more sustainable.