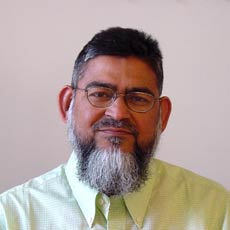 Akmal Hyder is professor and chair in Business Administration. He has earned his Ph.D. in 1988 from Uppsala University. After the completion of the doctoral examination, he served as a researcher in Forestry Marketing for five years at the Swedish University of Agricultural Sciences. Later he joined Mid-Sweden University and had been in charge of graduate and undergraduate courses and theses in business for a couple of years. At the University of Gävle, where he is at the moment serving, became associate professor in 1999 and full professor in 2006.

Professor Hyder leads two research projects. One project deals with sustainable business relations in culturally distant countries. This study explores the impact of cultural differences on forming and applying business relation-ships within international business establishments. It aims to develop network theory by introducing the concept of cultural differences and also examine the applicability of a cultural network model in describing how networks are built, developed and sustained in culturally distant countries. The other project looks on the post merger situation in Nordea. The major issues discussed in the project include organizational culture, adaptation and competence development.